What is IgA nephropathy?

IgA nephropathy (nuh-FROP-uh-thee) is a disease that causes inflammation (swelling) and damage to your kidneys.

In IgA nephropathy, proteins that are made by your immune system (immunoglobulin A or IgA) get into your kidneys. These proteins build up and form clumps inside the tiny blood vessels in your kidneys that clean your blood (glomeruli). Over time, this buildup causes inflammation and damage to the glomeruli and lowers your kidneys' ability to filter waste and fluid from your blood.

Kidney damage from IgA nephropathy can be serious and lead to:

It is one of the most common causes of kidney disease, behind high blood pressure and diabetes. IgA nephropathy is also known as Berger's disease.

What are the signs and symptoms of IgA nephropathy?

The first signs of IgA nephropathy are usually blood or protein in your urine (pee). You may notice:

Doctors sometimes find signs of IgA nephropathy during a routine urine test, when they see blood or protein in your urine under a microscope.

Doctors do not know exactly what causes IgA nephropathy. It is not clear why some people have it while others do not, but people with some health conditions have a higher chance of having it, including:

IgA nephropathy can be passed down through your family, and doctors think it is genetic. However, most cases happen in people with no family history of the disease.

How can doctors tell if I have IgA nephropathy?

If doctors find protein in your urine after having your urine tested, they may suspect IgA nephropathy. Because other kidney problems can cause protein in your urine, the only way doctors can be sure you have IgA nephropathy is by performing a kidney biopsy. A kidney biopsy is a surgery where doctors take out a very small piece of tissue from your kidneys to look at it under a microscope.

How do doctors treat IgA nephropathy?

There is no cure for IgA nephropathy. The goal of treatment is to slow the damage to your kidneys and delay or prevent kidney failure. Your doctor will work with you to make a treatment plan.

Your doctor may also recommend that you:

Your doctor will also do regular tests to keep track of your kidney health over time.

Some research shows that surgery to remove your tonsils (tonsillectomy) may help slow kidney damage from IgA nephropathy, but more research is needed to be sure.

A new treatment called LNP023 is being tested in clinical trials (research studies to see how well a medicine works and if it is safe), but it has not been approved by the FDA for patients in the United States. In the European Union, LPN023 is available to some patients through a program that allows limited access to a medicine before it is fully approved (orphan drug designation).

Researchers are studying fish oil with omega-3 fatty acids as a treatment for IgA nephropathy. Some studies show that fish oil can slow the damage to your kidneys, while other studies show no benefit. More research is needed to know if this treatment works well for IgA nephropathy, but doctors often tell their patients to eat foods high in omega-3, such as walnuts, canola oil and flaxseeds, and to take fish oil supplements because they have a very low chance of causing side effects.

If you have kidney failure from IgA nephropathy, you will need to go on dialysis or have a kidney transplant. A transplant is not a cure for any type of kidney disease, but is considered a treatment. After a transplant, it is possible the new kidney can eventually become damaged because of igA nephropathy. About 4 out of 10 (40%) transplanted kidneys in people with IgA nephrology eventually fail.

How do people with IgA nephropathy do?

IgA nephropathy affects different people in different ways. It is not possible to predict how IgA nephropathy will affect your health or how long you will live with it. Some people have little or no effect on their health from IgA nephropathy, while others develop kidney disease or kidney failure.

How can I prevent IgA nephropathy?

Learn what causes kidney stones and find out about their causes, symptoms, treatment, and prevention.
Article

Learn about what may cause blood in your urine, how to know if you have it, and possible treatments for it. 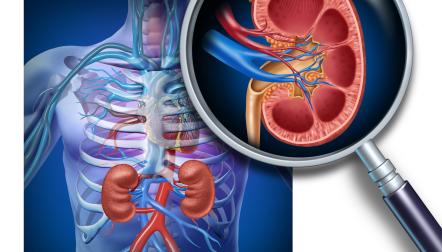 In Stage 2 CKD, the damage to your kidneys is still mild, and you have an eGFR between 60 and 89. Your kidneys are still working well, but at this stage, you wi... 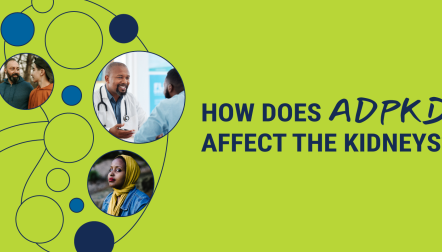 Polycystic kidney disease (PKD) is a genetic disease that causes many cysts to grow inside your kidneys. Learn about the causes, symptoms and treatment for PKD.
See more resources