Heather Winfree knew how important getting a kidney transplant was for the health of her husband, Steve, after watching him spend more than a year on dialysis. She learned the facts about kidney donation, and got tested to see if her kidney was a match for her husband. In a video that has now gone viral, Heather reveals to Steve that she is a kidney match and is able to donate one of her kidneys to him, possibly by the end of this month.

Join AKF to hear from Steve and Heather about their journey, as well as Dr. Macey Henderson of Johns Hopkins, an expert in the field of living donation. This webinar will provide an overview of the risks and benefits of living kidney donation, as well as clear up any doubts or questions you, or your family members, may have about the process of being a kidney donor. 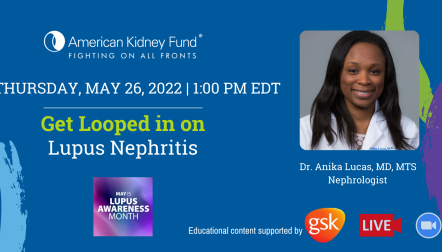 Get Looped in on Lupus Nephritis 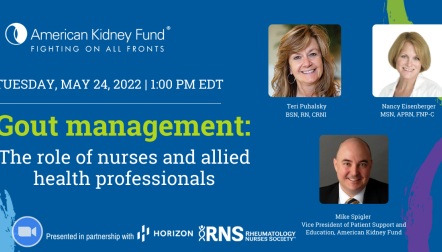 Gout management: The role of nurses and allied health professionals

People who have chronic kidney disease (CKD) are at increased risk for gout. If left untreated, gout can lead to serious health issues and debilitating pain tha... 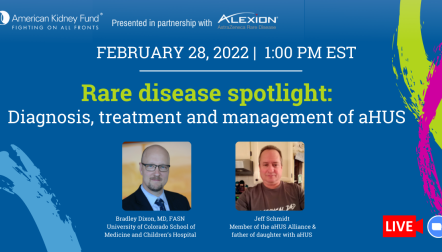 aHUS (atypical hemolytic uremic syndrome) is a rare disease that causes too many blood clots to form in your blood vessels.